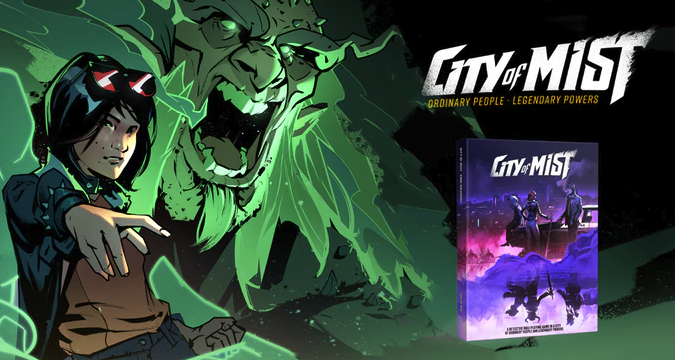 2018 saw me hone in on two main systems: the venerable and becoming ubiquitous D&D 5e, and my eternal favourite Call of Cthulhu.

Whilst my love for CoC has only grown with the release of the 7th edition ruleset (and the updated versions of Horror on the Orient Express and Masks of Nyarlathotep), I have something of a love/hate relationship with D&D.

Sure, I love the high fantasy setting and the lore of the Forgotten Realms, and I am frequently impressed by the fluid and elegant core mechanics of the system, but there’s something about D&D and 5e in particular which seems to generate the kind of min-max, powergamer showboating that so often leaves me cold. Whether its a generation of players weaned on videogame tropes, or the uber-popularity of the system, I’m not sure: but there’s something about the system that just seems a bit … laboured.

I still do love it, however and it still features heavily in my 2019 RPG plans. I will continue to run Tyranny of Dragons (which has now deviated so far from the original adventure path that it is practically a homebrew), and will reenergise my efforts in writing and designing Queens of the Feywild.

But rather than focus on D&D 5e as the be-all-and-end-all, my plans also include GMing twelve other systems.

Time and practicalities stop each of these from being full-blown campaigns of course. Instead, I plan to run a one-shot every month, sampling a dozen other systems with differing rulesets and styles.

As I’m a fan of the narrative emerging storytelling style of play, there are more than a couple Powered by the Apocalypse games on my list, although there are crunchier rulesets too. However, each has been chosen as a palate-cleanser; a way to avoid D&D burnout, and – by implication – make the D&D games I’m running and writing stronger and more invigorated as a result.

So, here is my list, in a kind of rough order of intended play. As a fan of the pulpier side of various genres, most of these fit into that mould. And, who knows – perhaps one or two of these might develop beyond oneshots into fully-fledged campaigns of their own? Part of me (an insane and masochistic part) almost hopes they do …

February – City of Mist
A recent Kickstarter success and one of the PbtA games, City of Mist is a fully-formed system which lets players become gods who walk the noir-laden City streets uncovering mysteries (not least of which is ‘who am I?’)
Appeal: a noirish take on urban fantasy with a Fables and American Gods vibe, the art direction of this system is reason alone to make me want to play it

March – Rippers Resurrected
A Savage Worlds setting, Rippers Resurrected casts players as members of a secret society of Victorian monster hunters, able to ‘rip’ out parts of the creatures they slay and graft them into their own bodies.
Appeal: Van Helsing meets League Of Extraordinary Gentlemen meets Hammer House of Horror. What’s not to like there?

April – Monster of the Week
PbtA again, this time fuelling an urban fantasy narrative system geared at replicating the episodes and season arcs of the likes of Buffy the Vampire Slayer and Supernatural.
Appeal: with playbooks like The Chosen, The Mentor and The Spooky, this one absolutely nails its inspiration.

May – Judge Dredd
A recent Kickstarter and the first of the Worlds of 2000AD line, this is a d20 system that brings the world of Mega City One to life in all its mad, mental and marvellous glory.
Appeal: the players are the Law…

June – Scum & Villainy
A Forged In The Dark system (in other words, a reskin of the excellent Blades In The Dark), this has players take on the mantles of spacefaring pirates, smugglers, rogues and rebels.
Appeal: in other words, it’s Firefly …

July – Deadlands Reloaded
Another Savage Worlds setting, Deadlands Reloaded has a rich lore and mythology all of its own, and uses the SW system to successfully evoke its weird west setting.
Appeal: Gunslinging magic and monsters – darn tootin’

August – Starfinder
Definitely the crunchiest game on this list, but I have run it a few times and loved the space opera / fantasy hybrid setting. And whilst I don’t have time to embark on another campaign, I would definitely love to run Paizo’s system as a one-shot.
Appeal: Cigar-chewing space hamsters. In space.

October – Spirit of the Century
A FATE setting, Spirit of the Century is a two-fisted pulp system that sees the players as 1920s and 30s heroes imbued with bravado, powers and more derring-do than you could shake a radio serial at.
Appeal: Indiana Jones and the RPG of Narrative DiceN

November and December … who knows?
Could it be Runequest? Pulp Cthulhu? Another PbtA or Savage Worlds setting? A game that hasn’t even been released yet?

One thing’s for sure: it’s unlikely to be D&D …

(Which I still love dearly, and without which none of these games would even exist)