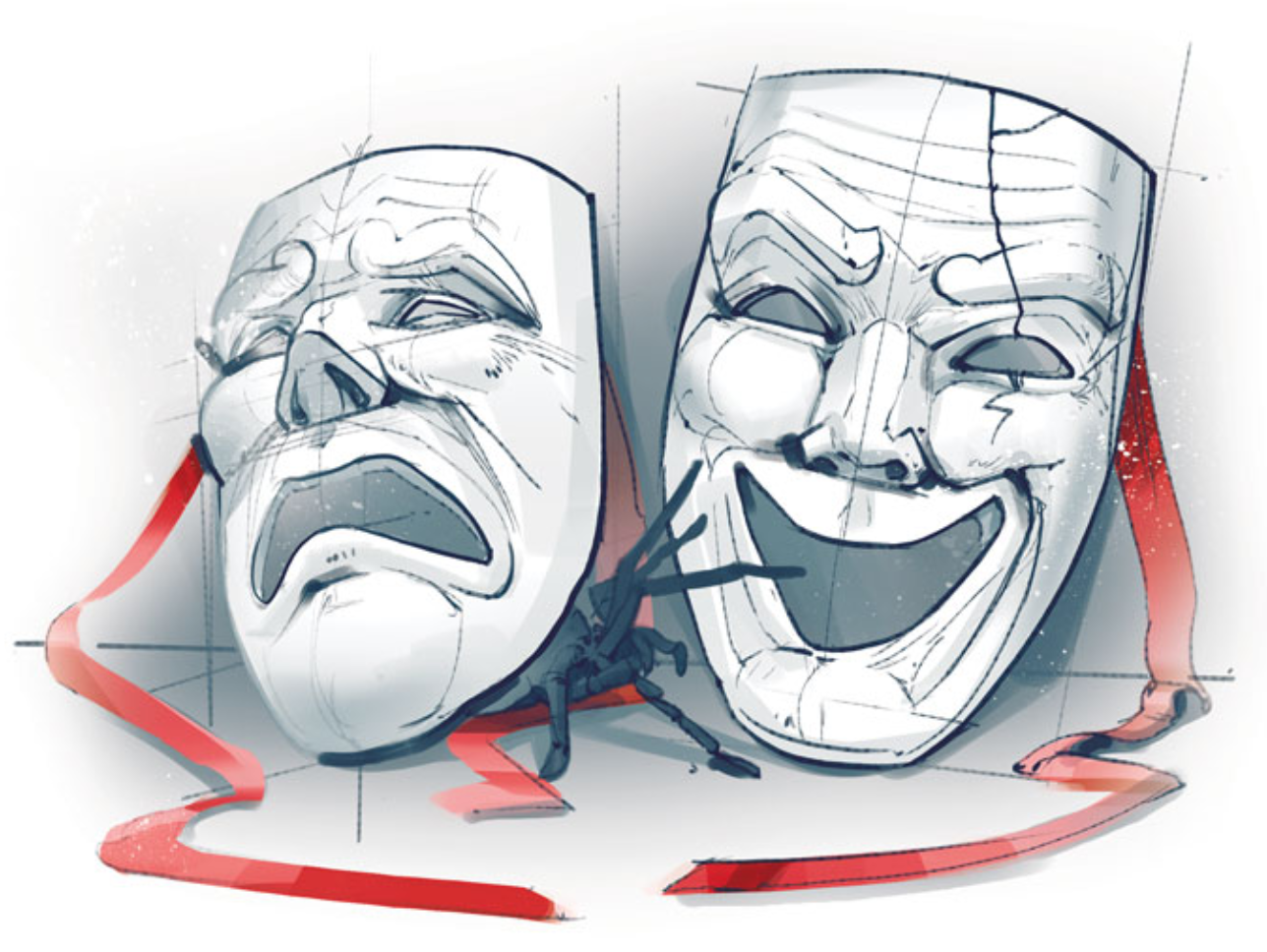 I’ve spent a significant amount of time immersed in the rules, mechanics and options of Genesys and my urban horror conspiracy setting for it, The Trinity Code. Now, with two sessions of actual gameplay behind me, I’ve started to get a better idea of how Fantasy Flight’s new narrative RPG works in practice.

And it’s possibly even more fun than I’d even imagined.

Three factors contribute to Genesys being innovative, memorable and — at times — laugh out loud funny. The system takes these elements and meshes them together into a collaborative storytelling experience that has enough mechanics to stop it from sliding off-piste into disorganised chaos, whilst at the same time championing player agency and unpredictability. 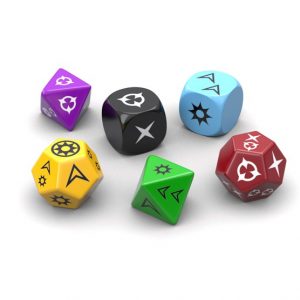 The first of these elements is the dice. Though it takes a few practice rolls and a handy on-table reference chart before the meaning of their esoteric symbols is fully appreciated, these little chunks of coloured plastic transform the play experience in some quite fascinating ways.

Gone are the simple binary pass/fail results of many other RPGs. In their stead are a near limitless amount of combinations of results for every single check, injecting a huge amount of unpredictability and — given the creeping horror of my setting — enjoyably tense anticipation into the game.

Sometimes, these results make more sense than others. Calling for rolls to notice things or remember aspects of general knowledge is all very well, but what happens if a character generates a string of Threat or a Despair in their pool of results? A mild headache brought on by the effort of trying to remember something? A minor eye strain caused by trying to peer down a darkened corridor? Sometimes it makes sense — a check to observe something without being noticed can of course result in the character being rumbled or accidentally letting out a sneeze. But in general, what I’m doing (with Knowledge checks in particular) is using the results from the red, purple and black dice to work out if the check succeeds or fails and nothing more, and in the interests of speed and simplicity, this appears to be working well.

With most other checks though, the results are more obvious — and more fun to interpret. The system has tables of suggestions of how to spend certain results during structured encounters, and these are a handy fallback for our group of mostly inexperienced players. But where the dice are proving to be most fun is when the results prompt emergent narrative twists. A Perception check to peer through a stained glass window resulting in the player character seeing movement in the church beyond … but movement that stops the moment he observes it. Or a character that decides to throw caution to the wind and threaten an adversary with a live grenade … only to find herself frozen in fear next to the soon-to-detonate payload.

All much more interesting than the simple ‘you see nothing’s or ‘your attempt to intimidate has no effect’s that other systems would limit the results to.

Especially when there’s another twist both players and the GM can introduce to the mix — the use of Story Points.

Once upon a time …

This one’s best described by way of an example. The characters found themselves facing a horrifying creature in a darkened corridor. One was standing right beside it; another player drew his gun and took aim, knowing that the worst that could happen as a result of his dice roll would be a miss, or a setback to his next check perhaps.

Until I reached across the table and used one of the Story Points in the GM pool to upgrade the difficulty of his check, taking away one of the purple dice and replacing it with a riskier red.

Now the worse that could happen is that he not only missed, but hit the other character in the process.

And that is exactly what happened. The red dice came up showing a Despair symbol. The character accidentally shot his comrade in the back.

Whilst we — the players — co-created a memorable moment that we were still talking about days after the session.

Now a shared pool of points that players and GMs can burn to affect gameplay isn’t something specific to Genesys. But, when added to the narrative mix, Story Points make the system even more fluid, unpredictable and tense — and make it even more enjoyable.

We’re all in this together

The third element that elevates Genesys above my expectations is unique to my group, and it’s the creativity and passion of my players.

The system shines when players fully accept the ‘fail forward’ style of play that Genesys enables, taking as much enjoyment in describing their failures as they do their successes.

One of the players is a veteran of Fantasy Flight’s Star Wars RPG, and that’s proving a big advantage for us all — myself included — as he is helping to mentor some of the other players, suggesting how they interpret certain dice results, or suggesting tactics based on how he knows the system’s RNG is balanced.

That’s proving a huge benefit, and is greatly appreciated by all. But it’s testament to the system’s elegance that the other players are quickly losing the need for training wheels, relishing the prospect of seeing what the dice gods have in store for their characters and jumping feet-first into the concept and conceit of the mechanics and the setting I’ve devised for them.

Genesys might not suit all players. The powergamers and the min-maxers are unlikely to enjoy the unpredictability or the relative squishy-ness of PCs, and those expecting to be hand-held through a railroaded adventure path are likely to be intimidated by the emergent narrative concept.

But others — including my quartet of eager Trinity Operatives — will find a lot to love in this system, and it’s fast-becoming one of my favourites.

As — when all the elements ‘click’, and the rules, mechanics and dice melt away into the background — it’s one of the most elegant ways of jointly telling a story I’ve ever experienced.