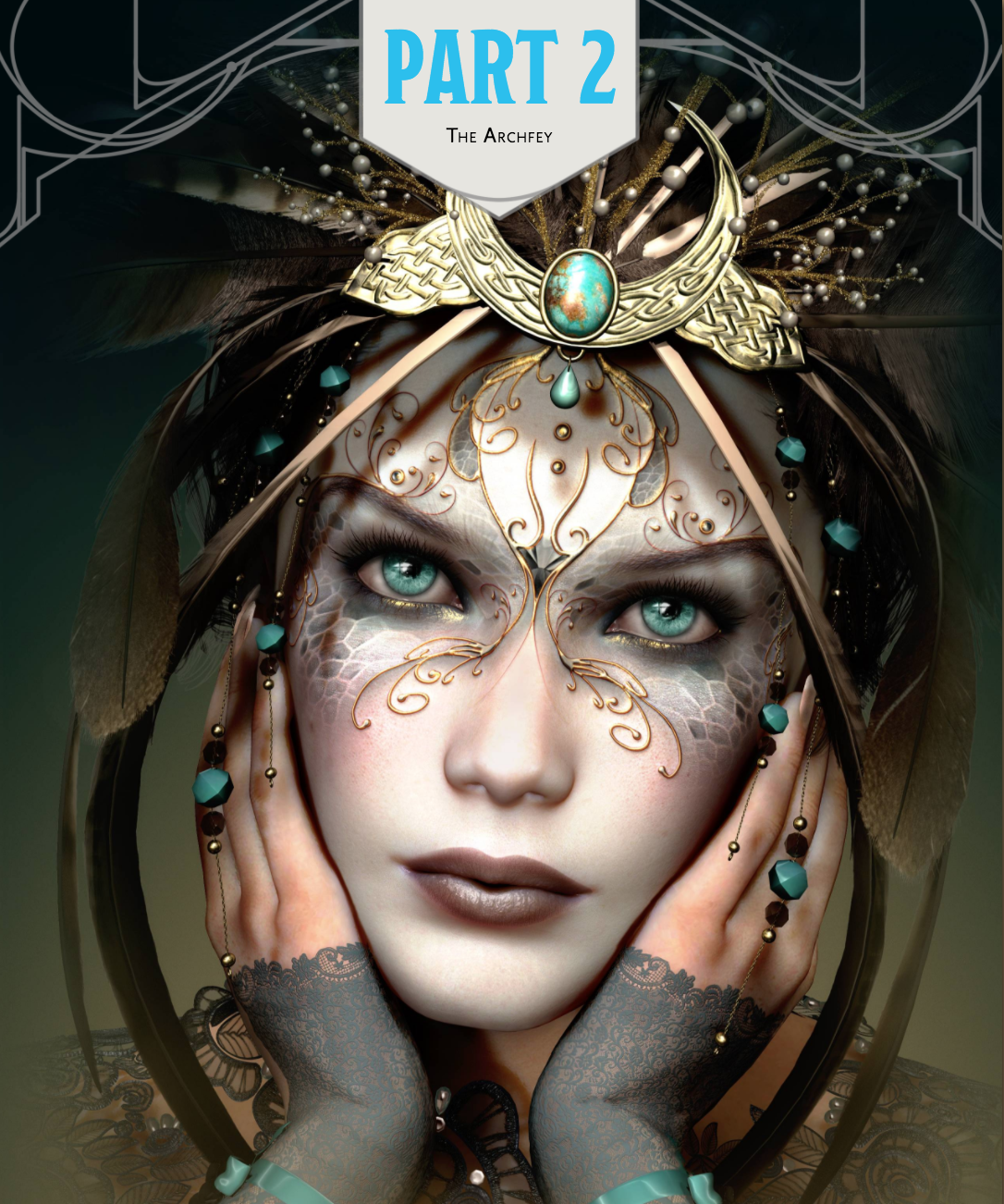 I am well underway writing Queens of the Feywild, my Dungeons & Dragons 5e adventure path.

It is intended to emulate the ‘official’ campaigns, taking a group of characters all the way from level 1 to at least level 15, via an epic path that sees them delving deep into the mysteries and intrigues of the Feywild.

Now, since first coming up with the idea, I’ve been exposed to a heckuva lot more than just a quick readthrough of Hoard Of The Dragon Queen. Since then, Tomb Of Annihilation‘s been released, and I’ve found a whole plethora of blogs, twitter accounts and subreddits to follow, exposing me to an often mind-boggling amount of accepted wisdom on what constitutes a ‘good’ modern adventure experience.

I was aware that Tyranny Of Dragons had come in for some criticism for being too “on rails”, limiting player choice and agency and taking them on the high-fantasy equivalent of an amusement park ride. Given my DM rustiness, I still maintain it was the best choice of campaign to start with, and I’m still running it — and enjoying it immensely — almost a year later.

The Dread Sandbox Of Strahd

Since then however, I’ve also run Curse Of Strahd, the fabled Barovian sandbox of adventure design. Here, rather than having the characters go from plot point to plot point, Strahd plonks the players in the middle of a world where things are happening with or without them: where town mayors are overthrown by rivals, feral druids decimate wineries, packs of werewolves carry off children and the Dark Lord Strahd sits in his castle and laughs and laughs and laughs …

There is no ‘plot’ as such, beyond that the characters forge themselves in their attempt to escape the mist-shrouded demiplane. I must admit, it took me a while to ‘get’ this kind of game design: I was daunted by it at first, finding it hard to imagine how it could be run without a defined beginning, middle and end.

Then, midway through the third or fourth session, I got it. Here was a fully-fleshed out world that not only had a life of its own, but reacted to what the players chose to do in it. Though I never ran Strahd to its bloody and bitter end (not through any fault of the campaign path, I hasten to add), it gave me an understanding of what a well-designed sandbox game should be.

Next came Tomb of Annihilation. Though I’ve not run it, I purchased the book and read it soon after it came out.

What struck me most about it wasn’t the fabled megadungeon at its core, or the much-vaunted “meatgrinder mode” it debuted. Instead, I was blown away by the hexploration aspect of it.

Now I remember playing Advanced Dungeons & Dragons in the early 80s, plotting our party’s course on a blank hex map and discovering randomly-generated ruined temples, monster lairs and all kinds of old-school shenanigans. It was fun, sure, but it was ironically a bit directionless and we found ourselves yearning for a gameplay experience with a bit more of a plot.

I know improvised hexcrawls are still a thing, and a popular thing at that. They’re not for me though, reminding me too much of those procedurally-generated slogs that see very little in the way of plot or story development (and that’s not in any way a criticism of that style of play, it’s just not my bag of holding).

Tomb Of Annihilation has a hexcrawl, but with a difference: it’s there as part of the plot. The characters literally land in one of the few charted regions of Chult, then find out they need to venture into the interior to discover The McGuffin™.

The path handles this brilliantly. The players have a map of Chult, but only with the edges filled in. The majority is blank: they need to fill it in themselves via a wilderness-based hexcrawl, with its own rules for survival, disease, navigating and more. There are scripted locations hidden in the jungled depths of Chult, and a whole host of random encounters too. After reading it, I realised this was a campaign that achieved the best of all possible worlds: a sandbox environment that reacted to the player’s choices, a hexcrawl through a unique and challenging environment, and — most importantly for me — an overarching plot that gives the players a reason to care.

Suffice to say Strahd and ToA have been inspirational…

Queens Of The Feywild (Redux)

When I look at the first draft of the outline I wrote for Queens of the Feywild about 6 months ago, it doesn’t quite make me cringe, but it does make me realise how much my ideas on game design have evolved. The original outline — though epic in scope — was pretty much ‘do this, then do that, then go there, then come back, and do this next thing’. I had written the plans for the pan-Feywild Railroad.

Now, I’ve revisited it. A lot.

There is — of course — still a plot. An ‘A plot’, that gives the characters reason to press forward rather than set up home in a giant toadstool and spend the rest of their days dancing with the dryads. There are ‘B plots’ and ‘C plots’ too, a whole spreadsheet worth of interlocking quests, storylines and events that will exist and take place whether the characters discover them or trek innocently past them.

There are NPC factions, motives and agendas. Plots that will play out whether the players get involved in them or not. Archfey politics and intrigue that will shape the Feywild, perhaps without the players ever being aware something has happened.

There will be sandboxes. The city of Silverymoon will be a starting point of optional quests and rewards, where things will happen depending on what the characters choose to do (including ignoring them). The A Plot will continue on a timeline in the background, but the wheels of the subplots will turn, as will those of the opportunities the characters choose to create themselves from the multitude of hooks in the city.

Then, when things shift to the Feywild, the sandbox gets bigger. Not only that, but the need to explore its mysterious paths becomes paramount. And its a big, uncharted, ever-changing place. It will need mapped and explored, and I’ve already written a draft set of Feywild wilderness exploration mechanics, covering what happens when characters stray from the paths, when they eat the food and even what happens to the whole plane of existence when the moon shifts from one phase to the next.

Random encounters will vie for attention with scripted setpieces and dungeons; factions will travel the land with their own agendas and motives; the Feywild itself will change beneath the characters’ feet.

In short, it’s now a lot more complex, detailed and ambitious than I ever intended it to be.