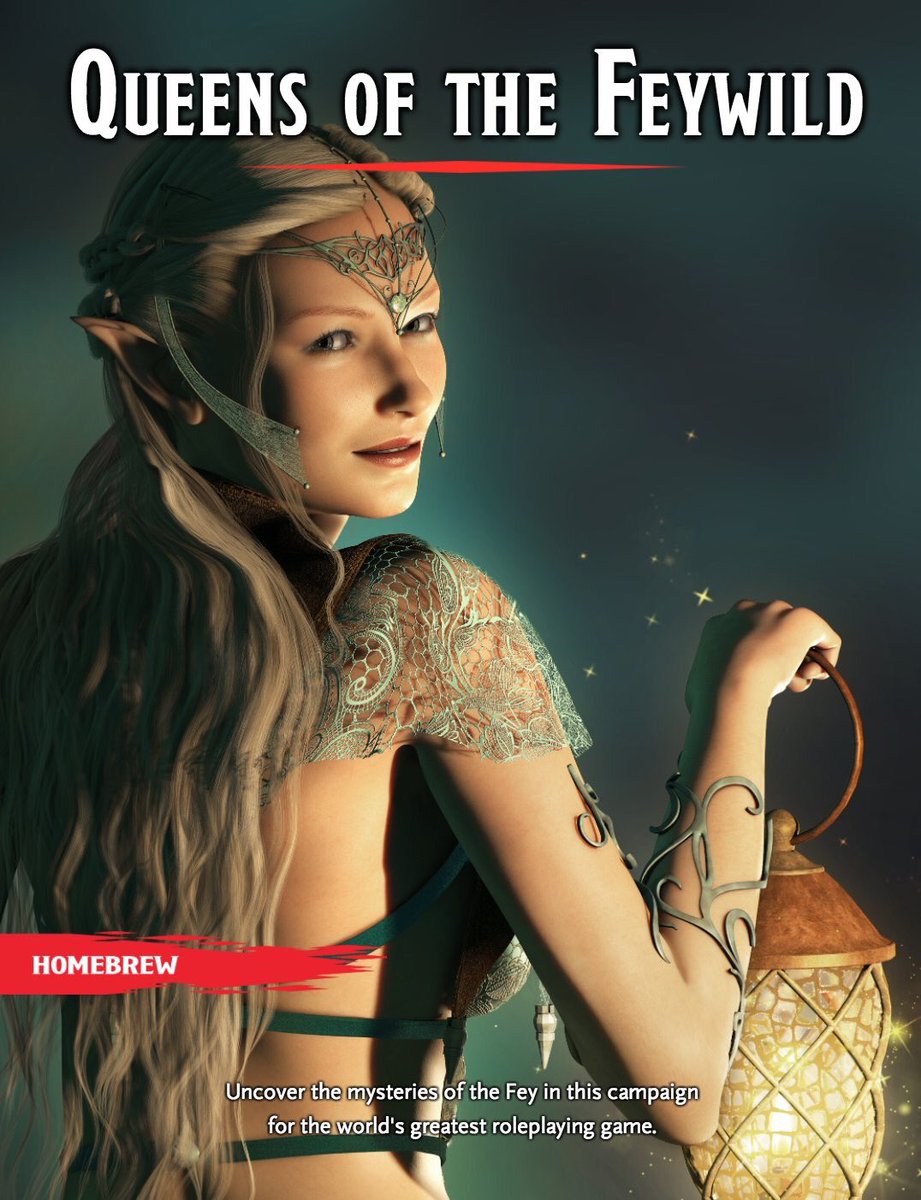 Right at the start of the year, I proclaimed this my Year of the Homebrew, and it would appear I’ve stuck to my guns / greatswords. Here’s a brief update on how things are shaping up so far…

Queens of the Feywild 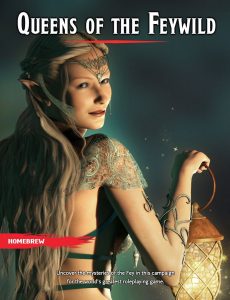 After months of sporadic research and planning, I’m well into my D&D 5e campaign Queens of the Feywild, with the arc fully plotted and the first couple of chapters in draft. This is proving to be a fun one, based as it is in a parallel plane where pretty much anything can — and often does — happen. Let’s just say, the Feywild is a place that very much emphasises the ‘random’ in those random encounter tables…

It’s also proving a great creative outlet. As my ultimate goal with the campaign is to publish it on the DM’s Guild, it has to contain some aspects set in 5e’s Forgotten Realms setting. I’ve enjoyed researching those corners of Faerun that I’m choosing to set those aspects in, but I’m enjoying the Feywild part of it even more.

Not a huge amount’s been written about that plane, leaving it wide open for creative interpretation. 4e’s excellent Heroes of the Feywild splatbook is proving a great source to build a framework, but the rest of it is springing from my imagination, with Celtic myth and folklore as much of an influence as anything else. Those two things have been with me as passions since childhood, very much making Queens of the Feywild currently feel like the campaign I was born to write.

One of the happy little accidents of starting Rise of Tiamat, the second half of the Tyranny of Dragons epic campaign is that this part of the adventure is much more open than the first. My players are all now at mid-level and totally invested in their characters too, meaning their past experiences and backstories are all there as sources of inspiration for even more adventures than are in the source book itself.

I’ve already written one and have another sketched out, and am aiming to insert these as sidequests into the main arc, intended to add even more richness and personal flavour to a campaign my players are obviously enjoying. These have the potential to be recast as one-shots, and may well prove to be the first things I publish on the DM’s Guild — once I’ve made them less dependent on vengeance-driven Tieflings, wizards who may or may not be impregnated by liches and bards with father issues, to name but three…

What I’m finding with writing these ones is that I’m delving much deeper into the Monster Manual, DMG and Volo’s Guide To Monsters, seeking those location-specific foes that can add intrigue, interest and unique challenge to encounters. I’m also learning quite a lot about encounter balancing and challenge ratings (the new tables in Xanathar’s Guide to Everything are a godsend), so that stands me in good stead for when I come to face those things in Queens of the Feywild too.

Well, this one’s turned into something far more involved than I’d planned.

And I’m loving it.

Since buying the core Genesys rulebook, I’ve been designing mods and hacks to the ruleset to make it fit with my modern-day urban horror conspiracy theory setting. I’ve completed that now, and am pretty happy with the results, which seemed to be a view shared by my group during our session zero, who jumped into the setting straight away.

I’m now well into writing a series of adventures / missions for the campaign, and what I’m realising here is how much I’ve learned in the past few months.

I wrote a small sidequest ages ago that my Tyranny of Dragons players never encountered, and looking back at that now, I can see it was little more than a five-room dungeon with a progressive list of generic monsters in it.

Now, the three missions I’ve written so far for The Trinity Code are different beasts entirely. Complex social encounters, mystery investigations and a whole sandbox mission where what the players do will determine the plot — these adventures are much more like it, and the lessons I’ve learned from the likes of Call of Cthulhu and the Starfinder adventure path Dead Suns have hopefully been put to good use.

And whatever they have in store, one thing’s for certain — I’ll be running my players through adventures, scenarios, campaigns and missions of my own invention for the first time in over twenty years.

And I can think of few things more satisfying than that.