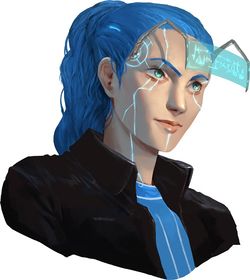 I have to admit, the last thing I thought I would experience after having read (most of) Starfinder’s 526-page rulebook was a session without combat.

With at least 3 times as many turn actions and options than 5e, an eye-wateringly long list of offensive and defensive feats, and an Argos catalogue’s worth of weapons and armour options, I went into Paizo’s meticulously-crafted RPG with both eyes open, expecting each session would be dominated by drawn-out altercations spent poring over pawns on a tactical combat grid.

I reckoned without two crucially important things however: the rich depth of Starfinder’s Pact Worlds setting, and the improvised creativity of my players.

Now don’t get me wrong. I love tactical skirmish-based gameplay, having tumbled down the RPG rabbit hole after being pushed into it by boardgames such as Descent and Imperial Assault. Action economy, movement points, spell combos and all that kind of stuff are great fun, and the unpredictable chaos of combat is hugely enjoyable. But when it comes to RPGs, I have an equal love for social encounters, investigative gameplay, emergent narrative and the opportunity for me and my group to bring a whole imaginary world — or indeed universe — to life.

Never having played Pathfinder, I guess I’d stumbled into the trap of thinking it was a game for min-max powergaming rules lawyers, where every session turns into an epic slog of multi-dimensional blood chess. After having thumbed my way through a couple of Paizo’s old adventure paths however, I realise I’d been doing the system a huge disservice. As with Starfinder’s excellent Dead Suns AP, the mechanics take a back seat to strong plots, imaginative locations and fully-realised NPCs. All the ingredients in other words for an RPG that is just as adept as balancing the three pillars of combat, social interaction and exploration as the biggest and best of them.

So back to that combatless session. It took place during Incident At Absalom Station, the first chapter of Dead Suns. That opens in media res with the characters literally caught in the crossfire, but then quickly transforms into a potential murder investigation. There are three pages in the book which detail the clues the characters can uncover whilst questioning the many leads they have. It kind of encourages you to handwave through this via making a number of skill checks, with higher results yielding more evidence. But it also contains this crucial sentence: “this section of the adventure can and should be modified to meet the needs of your game and your players with as much detail as you deem necessary”.

Well, suffice to say, we deemed a lot. And we had an absolute blast.

As mentioned, part of this was down to the detail of the setting. Between the core rulebook and a chapter of the AP, the main areas and NPCs of Absalom Station are fleshed out, containing a huge range of hooks and flavour, much of which I used to help bring the setting to life. Rather than have the players make abstract skill checks, I had them convincing bored corporate employees to let them access (and subsequently hack into) computer systems, meeting with high-ranking officers of The Stewards (Absolom’s equivalent of the police force), and opening up opportunities for android-based flirting as a means to uncover clues that might lead them to their goal.

And my players bought into this wholeheartedly. Together, they improvised the existence of sci-fi social networks, dived deep into a whole warren of secure electronic archives they managed to unlock, and traced a line of clues all the way to the existence of a dead miner in the far-flung reaches of the Diaspora. All things that weren’t in the AP as written, and all things that will provide hooks for later embellishment and flavour, expanding out to possible side quests, unplanned NPC allies and potentially long-running in-jokes (‘follow me on Spacebook…’)

And the three-and-a-half hours flew past, all without anything more involved than a few Computers skill checks and a Strength saving throw. No hits against EAC or KAC, no double moves and swift actions, no tracking of ammunition or energy cells. It was, in fact, the opposite of what I’d been expecting. I’d even memorised the starship combat rules, for Triune’s sake…

At the end of the day though, it’s all about balance. My Cthulhu campaign is typified by sessions like this, but that’s what we all expected (and wanted) from a system where the player characters are known as Investigators. It’s just not what I’d been expecting from Starfinder, and it came as a very pleasant surprise.

Though I have to admit, there is a tactical mini part of my brain that’s really looking forward to unfolding the combat map and asking my players to put down their datapads and holovisors and roll for initiative…