After a very quick first read through of Genesys, it would appear to be exactly the game I’m looking for.

The core rulebook has come in for a bit of criticism for not being complete enough, and I can see the point. Besides the character creation and core rules for combat and social interaction, the rest of the tome is mostly given over to outlining six example settings and some sections on homebrewing your own content. No huge lists of equipment, no bestiaries of adversaries, no lists of spells. And the descriptions on fantasy, steampunk, weird war and the like are more thumbnails than fully-realised settings.

But that’s okay as far as I’m concerned. In fact, it’s more than okay. As my plans for Genesys are for it to be the basis for my own homebrewed urban fantasy setting and campaign, a toolbox of jumping-off points is perfect for me. I was also looking for an emerging narrative game to balance against the crunch of some of the other systems I’m running, and again Genesys looks ideal — and I’m very keen to start taking advantage of the creative unpredictability of the game’s Narrative Dice System.

And like Fantasy Flight’s aspirations for Genesys to be a game of infinite adaptable possibilities, my campaign setting plans are suitably wide.

The Truth Is (Nearly) Out There 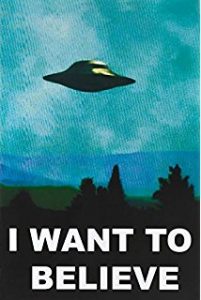 I’m only just starting to flesh things out, but I will definitely be going for a modern day urban fantasy setting. The direction I’m steering in is heading towards some kind of cross between X-Files, Buffy and Lore, with a heavy dose of conspiracy theories and investigative roleplaying.

I’ll be using the Modern Day setting in the rulebook as a springboard, but will also be adding some adavanced black ops-style gear, some folklore-inspired and urban legend-ish adversaries (hello Slenderman and Robert the Doll…), and some kind of rare and hard to learn magic / psionics. I’ll be spinning out my own skills and talents, designing my own weapons and putting some work into attempting to create a sandbox environment for the players.

Something else I want to try with this system and setting is to cross the boundaries a bit too. Time and money will be inhibitors here, but I do plan to create fictional websites and social media accounts for the main NPCs and organisations, some of which will reflect events taking place in the game, others that will provide extra lore and background, and some that might contain conspiratorial breadcrumbs that could lead players down a whole warren of deep rabbit holes.

I’ll also put some time into spreading the setting out into fiction too. Diaries, transcripts, short stories and the like — some intended to work as standalone pieces outside the RPG, others meant to reward players who read them with extra information they might otherwise not have known.

That’s the plan, at least. A living, breathing world of my own creation, powered in part by one of the most intriguing and appealing roleplaying systems I’ve come across in quite some time…

I can hardly wait to get started.