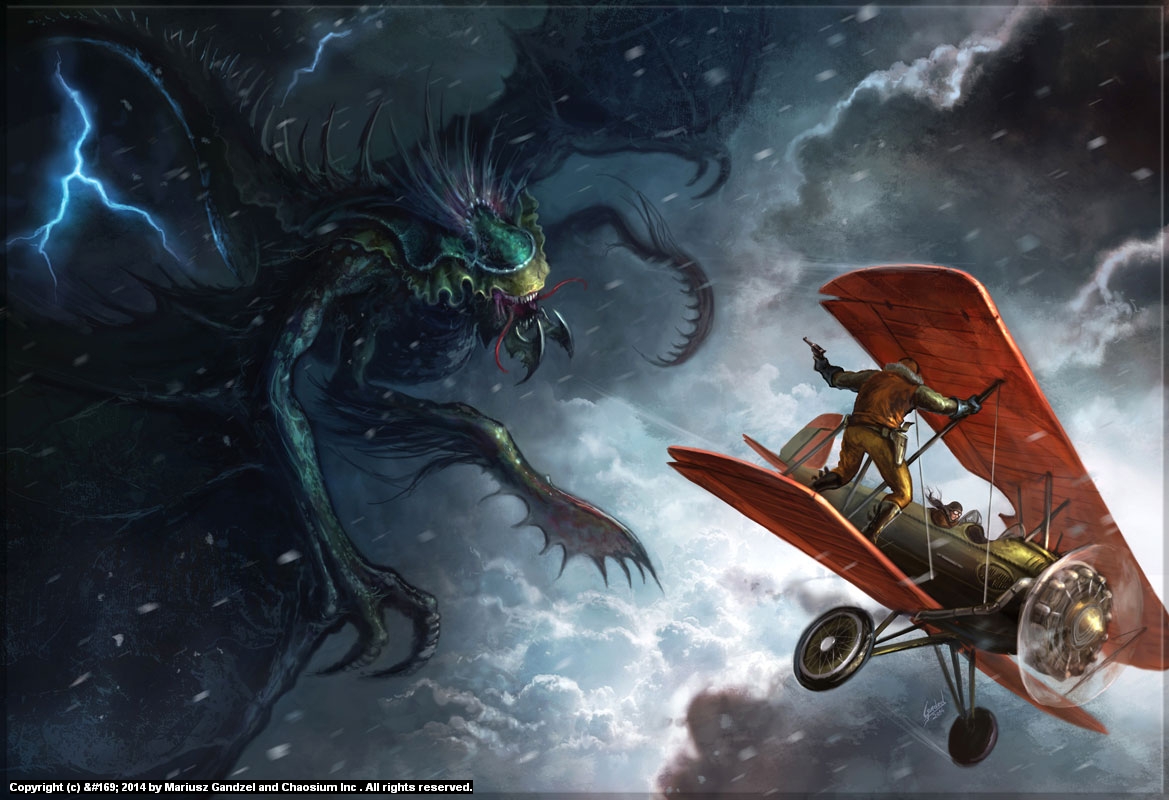 In a game where conflict is often swift and deadly, it is probably fitting that there are more rules in Call Of Cthulhu 7th edition for running away from things than there are for combat.

And I can see why.

When the investigators are little more than one-hit blood sacs without the ever-increasing hit point pool of other systems, the game does sometimes benefit from an exciting tactical break amid all the library poring, social deduction and painstaking clue finding.

Though I’ve only run a chase once (and an abortive one at that), I do like what Chaosium have done here, which I feel strikes a good balance between being structured and emergent.

Each investigator and NPC in CoC has a movement rating, which determines their starting position in any hot pursuit which might develop during gameplay. And assuming there is not a huge gulf between these (like the movement ratings of a steam train vs a three-legged donkey), then the chase is on.

The rules advise plotting out points (literally dots on a bit of a paper) which mark sections of the unfolding path ahead, with each of these potentially separated by some hazard or barrier that the chase participants must overcome. This gives rise to a nice mechanic where characters with a good head start can come unstuck trying to accomplish things like unlocking a door or weaving their way through a traffic jam, allowing their pursuers to catch up.

It also allows for a large amount of narrative on-the-fly freedom. Using the optional advanced chase rules, players and the Keeper can alternate making calls for the sudden appearance of a hazard, the severity of which is randomly determined then mutually agreed upon. This makes chases unpredictable, chaotic and — crucially — a whole lot of fun.

Being narratively loose as they are, the chase rules also cleverly allow for any kind of pursuit to be modelled in this way. Pounding through the streets on foot, breakneck car chases, airborne races — all are able to be played out with the same set of rules. The chase chapter even concludes with a sample based on Cthulhu himself rising from the waves and trying to chase down a battleship…

Fun as they are, I don’t think chases would benefit from being overused. At most, one chase every two or three sessions would seem about right, ensuring that the investigation is kept front and centre, and avoiding the game racing over the whacky edge of any pulpy cliffs.

But paced just right, whether the investigators are being pursued by some abhorrent abomination from beyond the stars, or are trying to apprehend a fleeing cultist clutching a crucial piece of evidence, chases can really help Call Of Cthulhu pip some other games at the post.